Land of the Gods

A pilgrimage into the heart of Japan’s mythical consciousness and the ancient wisdom that awaits us there. By Greg Johnson.

After a two-day trek along the Nakahechi pilgrimage trail in the mountains of Wakayama, twenty pilgrims arrive at one of the most revered and ancient shrines in Japan, the Kumano Hongu Taisha. The Nakahechi is one of a series of mountain pilgrimage routes called the Kumano Kodo that connect three shrines, collectively called the Kumano Sanzan, all of which are located in the southern part of the Kii Peninsula.

The Nakahechi is also known as the Imperial Route due to the fact that the emperor and his party made regular pilgrimages from the ancient capitol of Kyoto to the three Kumano shrines as far back as the 10th century. It is here where we pilgrims arrive first, finding the Kumano Hongu Taisha celebrating its 2,050th birthday. We arrive late but come back early the next day to pay our respects to the resident deities. The Kumano Hongu Taisha enshrines Izanagi-Okami, one of the earliest deities who was responsible for giving birth to Japan, and Ketsumimiko-Okami, a benevolent deity who strives to help mankind. 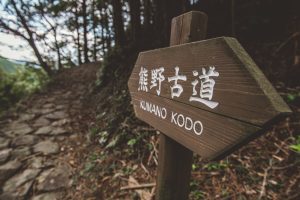 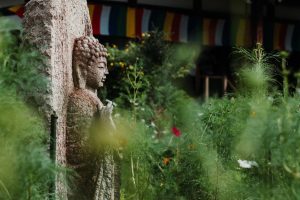 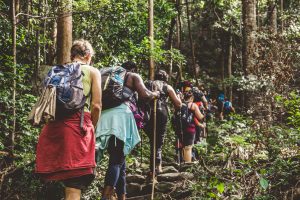 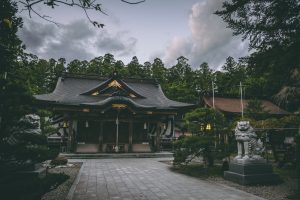 What I have found most fascinating in my encounters with Japan is that under the surface of modern Japan lies this ancient way of life that sees and experiences the world quite differently from our modern scientific world. It has become clear in my long association with Japan that the Japanese and the Japanese language represent a fundamentally different consciousness than the one I had been encultured with my Western upbringing.

In his book Ever Present Origin, Jean Gebser postulates earlier consciousness structures that preceded the modern scientific mental-rational consciousness of the West. It becomes clear that the Japanese experience the world quite differently than we do because the cultural lens through which they experience life has a different perceptual filter. In other words, where we might light a candle for a loved one who had passed, the Japanese will offer flowers, cooked food, incense and prayers to support their journey in the next world. My wife frequently sees her father and mother’s influence in not only dreams but many life situations. We might quietly believe that while she means well, she is perhaps a little naïve and somewhat superstitious.

As best I can tell, Gebser would refer to this as the mythical consciousness structure. The model that Gebser uses for the evolution of consciousness has five stages or levels. He calls the earliest and initial stage, representing primordial man, the archaic stage. This is followed in order by the magical stage, representing beings with little distinction between states of dreaming and wakefulness, or between inner and outer realities, certainly well before any defined sense of self. Thus, magical beings would cast spells and there would be little or no difference between symbols and what they symbolize. 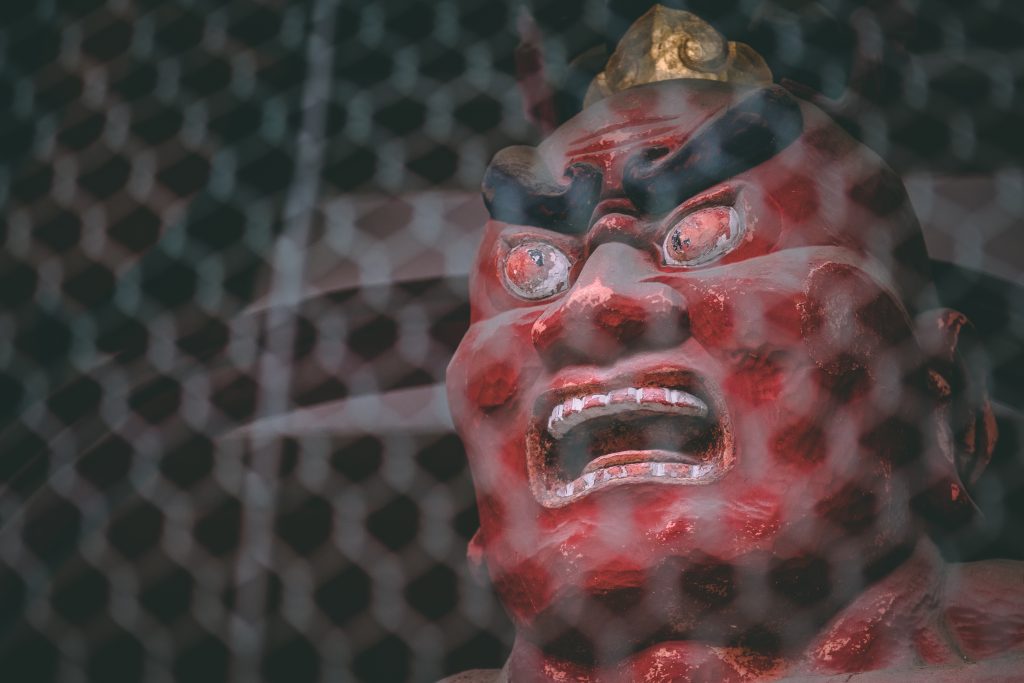 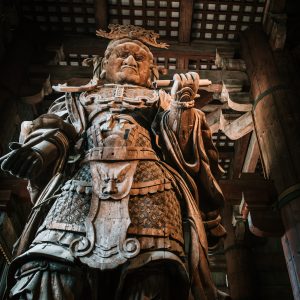 The next stage was, for Gebser, the mythical stage, which is the stage we are concerned with to better understand traditional Japan. The mythical stage as the name implies concerns itself with myths. Gebser also thought of this stage of consciousness as being a duality (or two-dimensional), having the quality of polarity as understood by yin and yang, for example. In addition, the beings at this stage concerned themselves with rhythmic and seasonal and agricultural cycles, and with astronomical cycles such as those found at Stonehenge, or in the Mayan calendar, or Indian Vedic texts.

It is instilled in the Japanese from a young age and in their mythology that the Japanese are descended from the Gods. This claim is based on an ancient mythology passed down orally through the ages and later chronicled in such texts as the Kojiki (Records of Ancient Matters) and the Nihon Shoki (The Chronicles of Japan). The emperor himself is considered to be a direct descendent of the sun goddess Amaterasu-Omikami, translated as “Heavenly-Shining-Great-August-Deity”. The earthly home of the sun goddess can be found within the inner shrine (Naiku) of the Grand Shrines of Ise. You can even see her symbolism in the Japanese flag, indicating how central this deity is to the Japanese.

On the last stop of our 12-day journey, we made a pilgrimage to the Grand Shrines of Ise. We visited the outer shrine (Geku) on the first day. It is located about six kilometers from Naikū, or the inner shrine, and is dedicated to Toyouke-Ōmikami, the goddess of agriculture, rice harvest and industry. On our second day in Ise, we decided to rise early and make the six-kilometer journey on foot. You can imagine what an odd sight it must have been for residents of Ise going to work that morning, seeing a parade of foreigners walking in almost single file along the main highway to Ise Naiku. Until then the weather had been unpredictable. There had been at least four typhoons in the general area since we arrived. We somehow had dodged the bullet, but the weather had been mostly overcast. 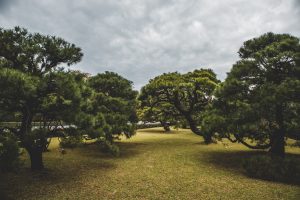 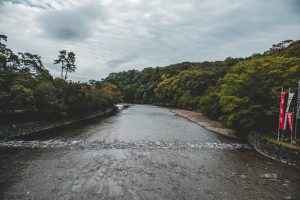 As we got closer to our destination, we decided to follow the banks of the narrow river that runs through the wooded shrine area. Being considered part of the shrine, the Isuzu River is always stocked with colorful fish known as “koi” (carp). We were delighted to have these companions guide us toward the entrance to the shrine. At the last moment, however, we turned away from the river, crossed a parking lot, and found ourselves standing at the foot of the wooden Uji Bridge that took us across the river into the shrine grounds existing in an ancient forest of centuries-old trees.

As we stood under the enormous torii gate that demarcates the outer everyday world from the inner sacred world of the shrine, we stood rather stupefied for, as if right on cue, the sun suddenly broke through the cloudy sky, and began to rise above the tree line in front of us. We all seemed to realise at once not only how magical this moment was, but to realise simultaneously the perfect circumstances involved in having us here right at that exact moment. Just an hour or so before, we had met in the hotel lobby, then walked rather casually along the main route, detoured along the river, and then arrived at the exact time the sun was rising This had not been our original plan, which was to get there early enough to fit the rest of our schedule for that day. We all clocked the welcome bestowed to us by the sun goddess herself, coming after eleven days of trekking through the mountains and paying homage to numerous sacred sites. 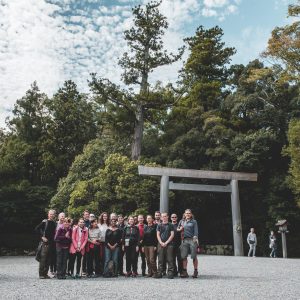 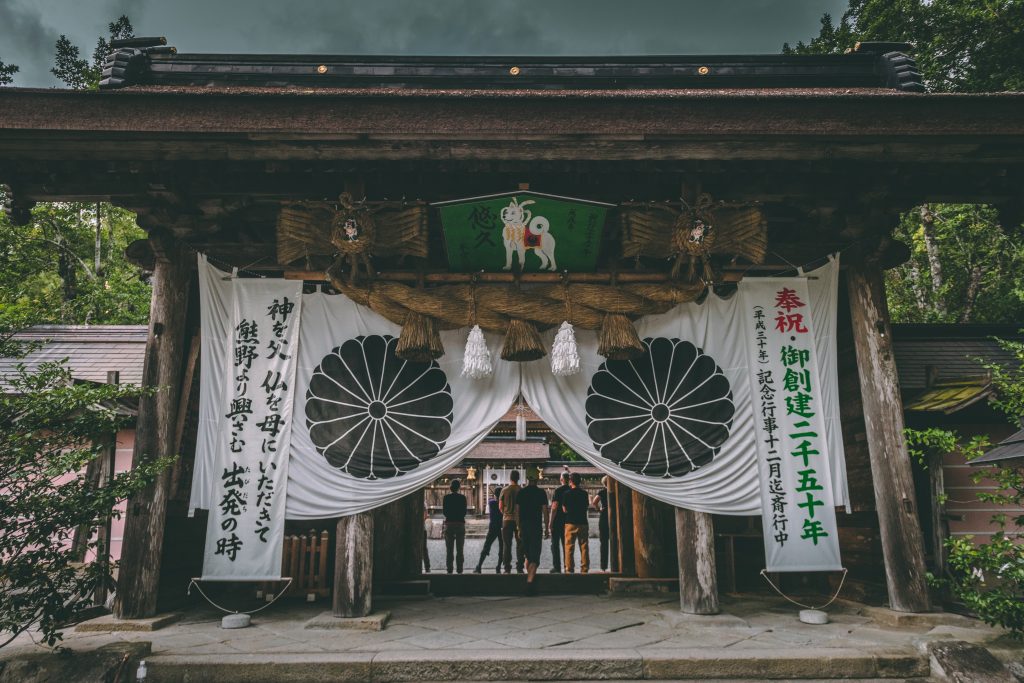 For a moment, the twenty of us had entered that mythical and mysterious world of the kami, the gods. It is this world, this mystical or even magical consciousness that has captured my interest. Each consciousness structure has its own dimensionality, and its own relationship with space and time. Therefore, when we are talking about consciousness structures, we are talking about different worlds that operate under different rules and agreements. These worlds, or stages of consciousness, are not historical. In other words, they do not occur linearly in time. What we, of the modern scientific world, do is project, or map over, our notion of linear time onto that framework. But we are dealing with worlds, each having their own time, or timelessness, as is the case for the ‘earlier’ archaic and magical stages. 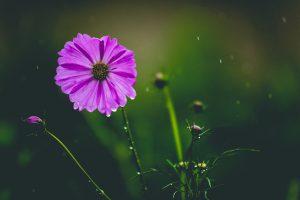 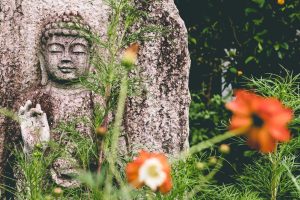 Japan, being considered one of the developed countries in the world, must play by the same rules concerning time as everyone else, especially since everyone and every sort of enterprise is online these days and requires a uniform and precise agreement about what time it is. That notion of time is our invention and contribution of course, and is a product of a ‘later’ consciousness structure – the mental-rational consciousness that arose, some believe, at the beginning of the Renaissance, through the Enlightenment, and has continued to the present day.

Scattered throughout Japan there are upwards to 80,000 Shinto shrines and an equivalent number of Buddhist temples. The smaller shrines that serve towns or villages are referred to as ‘jinja’, whereas the grand shrines, such as Ise, are referred to as ‘jingu’ or ‘taisha’. The smaller shrines are closely involved with the lives of the local community. Unlike Buddhism in Japan, which deals more with death and the afterlife, Shinto shrines tend to deal with matters and transitions having to do with this life.

The first shrine visit, called Miyamairi , which occurs one month after birth is to introduce the newborn child to the tutelary kami deity. Then comes Shichi-Go-San (Seven-Five-Three), a festival held in November for boys of five and girls of three and seven years of age, who visit the shrine to pray for protection and good health. On the 15th of January each year, there is Adult’s Day or Seijin-no-Hi. It is essentially a coming-of-age ceremony to commemorate having reached the age of 20. Next, most Japanese are married in a uniquely Shintō ceremony and pronounce their wedding vows to the kami deity.

In the front room of our house in Atlanta we have a makeshift Buddhist altar on which are displayed many religious and spiritual artifacts along with photographs of my wife’s deceased parents. Many a morning when I come downstairs, I will find my wife in prayer before the altar burning incense, making offerings, and praying for their welfare and safe journey in the next world. In addition to the burning of incense, offerings could include fresh cut flowers, food items, and sake as well. 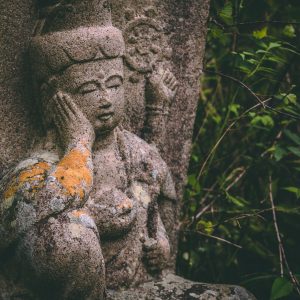 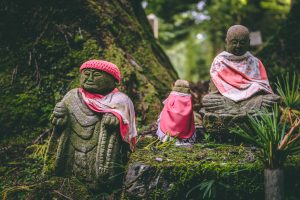 What to make of all this! Is this just fanciful thinking for fear of accepting the hard reality and finality of death? There is no scientific evidence whatsoever to believe we survive in any capacity after death. I mean, people in Japan pay enormous sums of money to temples for their loved ones to be bestowed a posthumous Buddhist name for the next world, and a good sum of money to the temple for the safekeeping of a portion of the remains (ashes) and regular devotional prayers to the deceased. And this has been going on for several thousand years that we know of. This could be the longest running scam in the world, preying on the grieving relatives of departed loved ones.

Or is there something to this? Broadening the horizons of our existence beyond this world forces us to consider the possibility that some part of us survives the transition to the so-called next world. Could I have a guarantee on that? It seems many if not most ancient cultures shared that same belief. Had they all fallen for a kind of wishful thinking or superstition? And do we in the West now see through their follies as we pride ourselves on our scientific understanding of life? Or is this the arrogance of modern man, and his perceived dominion over life and universe, a kind of scientism that scoffs at other-worldly beliefs? 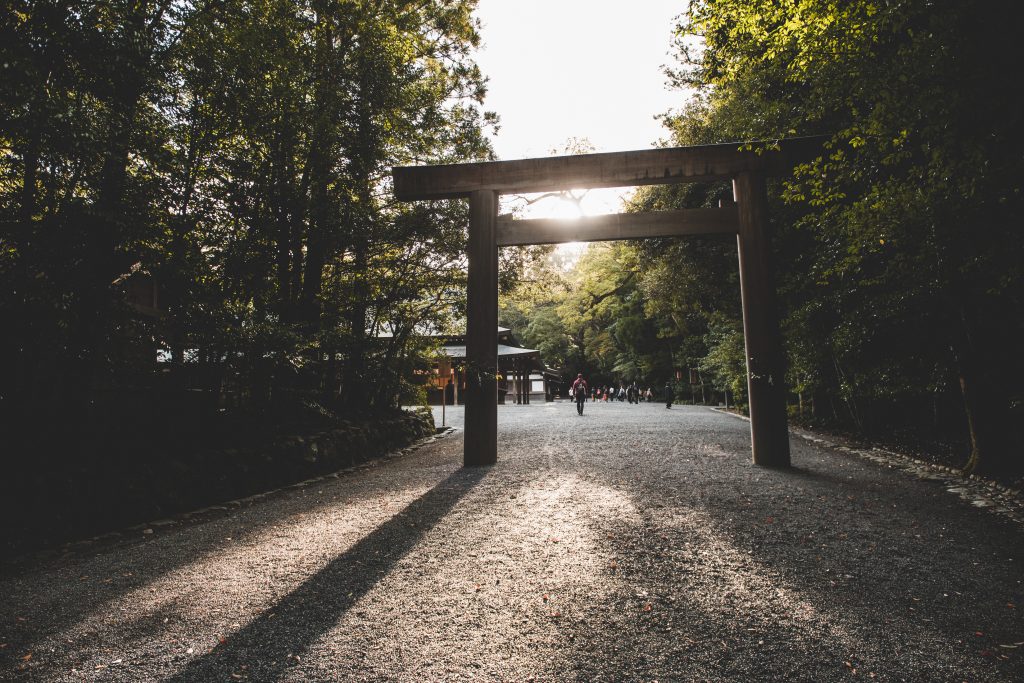 Holy spirits, you walk up there
in the light, on soft earth.
Shining god-like breezes
touch upon you gently,
as a woman’s fingers
play music on holy strings.

Like sleeping infants the gods
breathe without any plan;
the spirit flourishes continually
in them, chastely kept,
as in a small bud,
and their holy eyes
look out in still
eternal clearness.

A place to rest
isn’t given to us.
Suffering humans
decline and blindly fall
from one hour to the next,
like water thrown
from cliff to cliff,
year after year,
down into the Unknown.