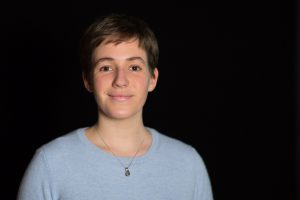 Charlotte is Level II Facilitator in Training, and has been practicing Tensegrity for about 6 years. She participated in the iEvolve programme in 2011, and subsequently took part in all of the programmes the Institute had to offer. Since 2012 she has undertaken training in the production and enrollment of many events at Concord Institute. She lives in Hackney, East London, and has worked in the Charity Sector since 2013.

David Norris - JumpStart,  On Leadership,  Being in Business

Dr. David Norris is an American, who has worked for more than 40 years as a college teacher, manager, international consultant and coach. He has led programs for individuals, teams and organisations in North America, Europe, Australia, India and the Middle East. He originally studied English and Comparative Literature at Columbia University in New York, where he received a PhD and also was a member of the faculty. In 1967 he went to Germany as a Fulbright Scholar to research his doctoral dissertation on Bertolt Brecht at the Free University in West Berlin and at the Brecht Archive in East Berlin. Since 1979 he has worked with organisations and individuals to uncover fundamental (often unconscious) assumptions in thinking and action as a basis for the generation and implementation of new possibilities. 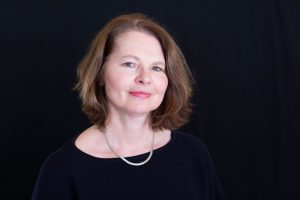 Deborah Murphy-Smith is one of the trustees for Concord Institute and has been facilitating on the Foundation Course for several years. She participated in a transformational programme called Being-In-Action (the precursor to the iEvolve programme) in 2003. Unexpectedly a new orientation for her world unfolded. Deborah has worked within services for children for most of her career, and is currently a Senior Service Manager managing a team of social workers. Deborah is married and has four children, and is based in the South West of England. 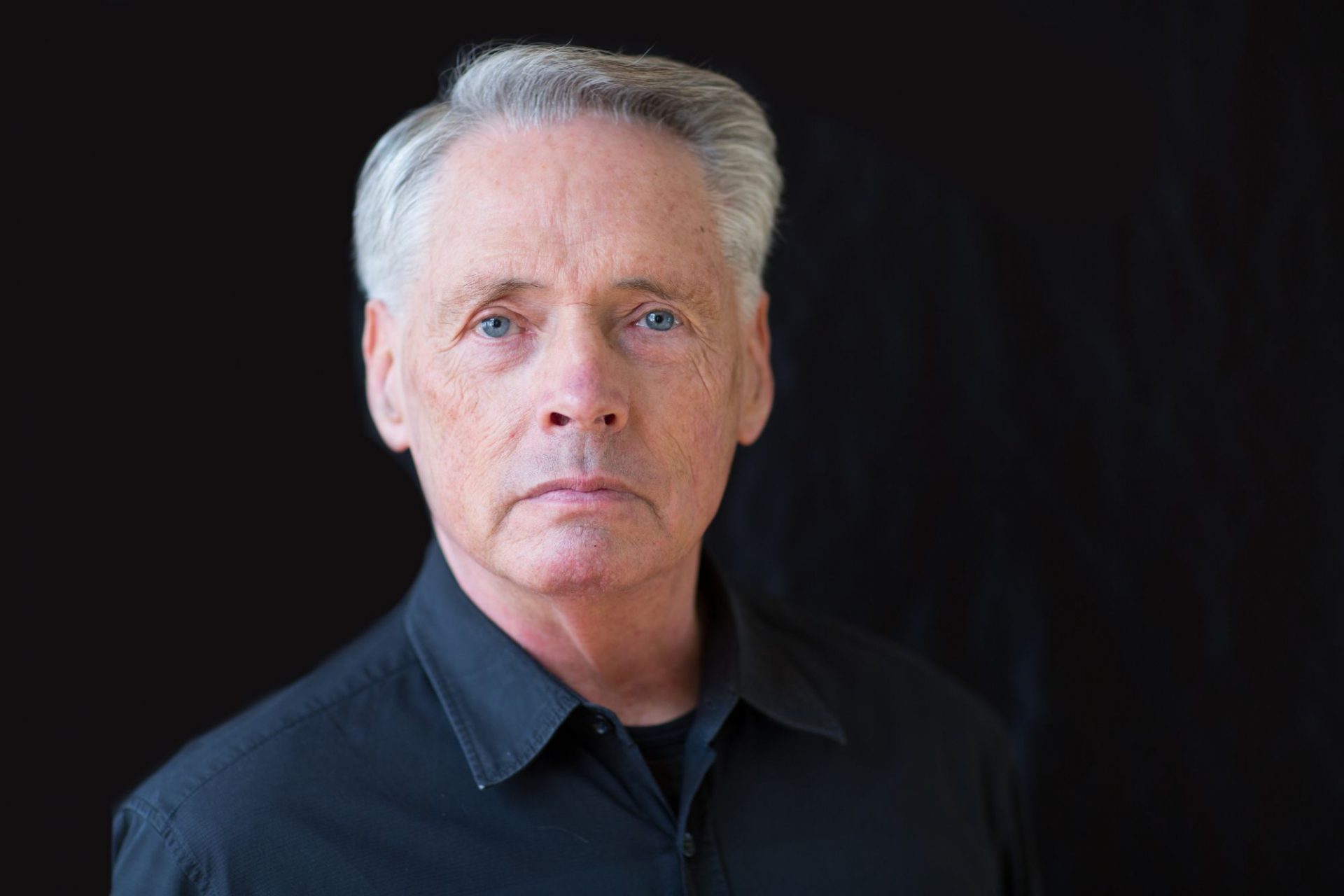 Greg Johnson has been executive director of the Community Health Foundation (t/a Concord Institute) in London since 1994. In 1970, he began his studies of macrobiotics in Boston with Michio Kushi, the foremost educator and authority on macrobiotics. As an active member of the original Boston macrobiotic community in the early 1970s, he served as retail store manager of Erewhon Trading Company, the original macrobiotic food store founded by the Kushis. Later, he designed, built and operated a second Erewhon store in Brookline, MA. He was also part of the original faculty for the Kushi Institute in Brookline in 1978. He and his wife Mutsuko also ran several macrobiotic study houses in and around the Boston area during that time.In 1973, he encountered the transformational work of Werner Erhard and participated in various programmes and workshops including a period on staff in the mid-80s with then Werner Erhard and Associates (now Landmark Education), a San Francisco-based organisation that was the leader in developing and delivering transformational programmes. In 1988, he was invited to be a special advisor to the president of Your DeKalb Farmers Market, the largest indoor fresh food market in the United States.He also had the opportunity to live and work in Japan for 10 years, doing further research on the origins of macrobiotics. It was there that he met his wife Mutsuko in 1975, to whom he has been married for 40 years. They have five children and maintain a home in Atlanta, GA. Greg has also taken an active interest in the work of Carlos Castaneda. Having read his early writings in the 1970s, he resumed his interest in 1997 and has been attending Castaneda-inspired workshops in Europe and America and organising local practices. He has been a co-sponsor for organizing major workshops since 2006 and is now a certified Tensegrity facilitator. 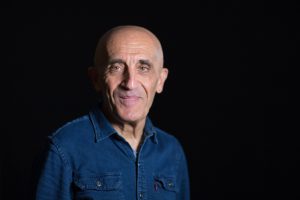 Chef Jean Torné has been involved in classical and natural food cooking for over 35 years. Early in his career, Jean worked in several prestigious restaurants in Paris and Lyon, where he gained invaluable experience in meal planning and preparation and kitchen management. During his career, he opened and operated several natural food restaurants, one in Paris in 1979 and another in Antwerp in 1981, co-founded a natural food cooking school in 1990 at the ‘Centre for Well Being and Creativity’ in Kiental, Switzerland, also serving as its head chef. In 2003 he founded the Concord School of Culinary Arts, a new educational division of the Concord Institute in London, which he directed until 2008.Jean is recognized for his love of natural food cooking and his passion for exploring new savours and textures, drawing inspiration from different ethnic and traditional cuisines. In his teaching, he attempts to bring a new understanding of the essential relationship between nutrition and well-being. He is a member of Slow Food Society of Switzerland and actively travels throughout Europe to cook and teach about wholefoods.

Niall Allen first participated in the Being-in-Action programme in 2005. He went on to participate in the full curriculum at Concord Institute, gaining invaluable insights which empowered every aspect of his life. He found himself drawn to the Culinary Arts. Through assisting in the kitchen and participating in every cooking programme available he was invited to cater for programmes. Facilitating was a natural progression. Niall is a carpenter and lives on his farm in the Scottish Highlands, where he entertains his passion for fermentation and permaculture. 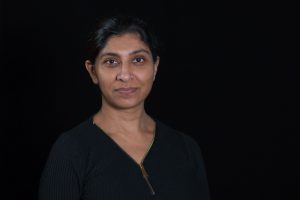 Sheila Parmar is Managing Director of Concord Institute. For the first ten years of her professional life Sheila worked as a support worker and manager in the field of community development. During that time she participated in a transformational programme called Being-in-Action, which began a process of opening a whole new and very unplanned future. In 1998 four years after that experience she went on staff with the Community Health Foundation and hasn’t looked back since. The last 20 years have been the most challenging and yet the most rewarding in her eyes. Sheila is married with two children.

Rosalind Hubbard has been facilitating on the Foundation Course for several years.

Evan’s quest brought him to Zen Macrobiotics in the 1960s. Together with the Kushi's in Boston, he helped establish the foundation for that movement in the US. His path then took him to Japan for several years where he studied the language. His experience with this study opened his eyes to ‘see’ outside the western worldview he was raised in. After returning to the USA in the early 70s, he went through a long period where he became increasingly disillusioned with everything he had believed in, including his own sense of himself. In 1981 another shift in perspective, in which he saw nothing as separate, precipitated an awakening from the ‘dream of a separate self’. After a period of reorientation, he began facilitating events to provide space for the unfolding of human potential. In 1993 he founded Kindling Point, an educational initiative fostering awareness of the non-separate nature of life. His calling has taken him to many countries around the world to facilitate in diverse environments, including prisons, businesses, government and not-for-profit organisations, and principally through holding gatherings, courses and meeting for individuals who are drawn to participate.

Guilhem Morera aka Jim Morris is an Associate Tensegrity Instructor and Cleargreen Workshop Co-Sponsor, and author of “La Cartomancie des Anciens Mages” (“The Science of the Cards of the Ancient Magicians”). Born and raised in Marseille, France, he holds a Bachelor’s degree in Philosophy from the University of Aix-en-Provence. He worked for ten years as an actor and conceptual artist with the award-winning Théâtre Demodesastr, an international touring theater group directed by Agnès del Amo and inspired by the work of German choreographer Pina Baucsh, Polish director Tadeusz Kantor and German expressionism. He began studying Tensegrity in 1998 and moved to Los Angeles in 2000, where he worked as an assistant to the director at the Theater Raymond Kabbaz. He also played guitar in the Latin band “Jicamo,” where he shared his passion for Flamenco music. Parallel to his training in Tensegrity® he was trained and certified as a Magi counselor in the science of the cards by Robert Lee Camp and has studied with healers and spiritual teachers author David Elliott, Howard Wills and Hawaiian Kahuna and recording artist, Lei’ohu Ryder. He currently lives and works in the South of France giving private sessions where he blends his knowledge of the cards, astrology and healing to help the client find his or her own path towards well-being. He has been a member of the team of Associate Instructors of Tensegrity for the last seven years and works as a cosponsor for Cleargreen events in Europe and organises, supervises and facilitates Tensegrity classes and intensive practices in France.

Michael Rossoff’s interest in macrobiotics and natural healing began over 42 years ago. From 1969 to 1973 he studied with Michio Kushi in Boston, then moved back to his home-town of Washington, DC, where he began his professional career of personal counseling and directing macrobiotic educational centers. During that time he taught in other cities in the U.S., Canada, Europe and Israel, and in the 1980s he also published MacroMuse, a macrobiotic magazine. In the 1970s Michael studied acupuncture in England with JR Worsley and beginning in 1978, added acupuncture to his counseling practice. After returning to acupuncture school for a year of advanced studies in 1999, he served for three years as academic dean and teacher at Atlantic University of Chinese Medicine. Additionally he has taught shiatsu massage for over 20 years. Michael combines his long experience with teaching, counseling and acupuncture to provide his students with useful, practical knowledge for self-healing and for sharing perspectives on self-care with others. He brings a personal excitement about the complexities of human nature, from the physical to the spiritual to his work. Drawing on the profound insights of oriental medicine, the philosophy and practical wisdom of macrobiotics and the views and facts of western medicine, he shares tools for thinking and living. He has a gift for inspiring both students and clients. Since 1995 Michael has lived in Asheville, North Carolina, in the beautiful blue ridge mountains. www.michaelrossoff.com

Francoise lived in North London for 16 years and worked in the City for most of that time. She encountered the work of the Community Health Foundation in 1998 and participated in the transformational programmes available, enriching her life in ways she had not known were possible. She has trained with various wholefood cooking teachers over the years and this has enabled her to develop her own cooking style, including her French heritage, and foods and styles from various cultures. She completed a Masters in the Anthropology of Food at SOAS, and now lives between Essex and Normandy. Her main focus is to inspire people to cook simple wholesome foods that they can share wholeheartedly with their family and friends